If you look at the charts for the presidential inaugurations, you will see the coup which was an idea with Obama and now full-fledged obsession of many. And we see actual generals in our military turning against President Trump. It is a goal, but will actually happen only when the stars align for it.
Posted by Lee masters at 9:43 AM No comments:

I can say using Masters Aq Age Astrology that today there r ppl writing a new Constitution for a new country. The next step will be revealing it. That will be based on the position of Vulcan, which sparks
(See the statue of Vulcan in Birmingham, AL for all those sparks. Sparks r ideas one gets in one’s head that leads one to something, just as Spark Plugs in cars fire up the car for movement when there is a fuel and air mixture to explode, sending the piston upward and causing the drive shaft to move.

Most Astrologers don’t use Vulcan in a chart. I sure do. I think it gives us a lot of info! Vulcan when the US Constitution was ratified was in Gemini, the sign of Brotherhood-Civil War-and now racial disharmony!
Posted by Lee masters at 11:19 AM No comments: 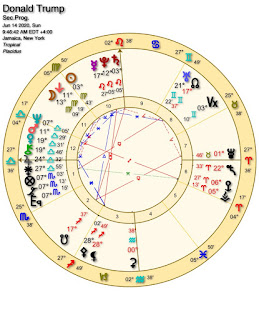 Posted by Lee masters at 7:51 AM No comments:

Another right on time!

There is an Astrological reason for this “Defund the police” movement. Students of Aquarian Age Astrology, as we teach the “steps” in the Systems can easily see that.
Posted by Lee masters at 7:14 AM No comments: 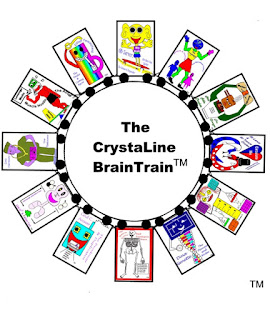 Posted by Lee masters at 1:00 PM No comments:

Astrology Timing more than any other influence

I am well aware that Conservatives want to blame Dems including Pelosi, Schumer, etc., plus Hollywood Celebs plus George Soros’s financial support for Antifa, Black Lives Matter, etc., for the ruckus in the USA, but i believe all these entities are under the influence of Astrological Timing in their own charts and many are unable to rise above that influence. If you look at the chart for the Constitution of the USA, u will see that Pluto of fulfillment at 17 degrees of Aquarius. Once, transiting Pluto hit 17 Capricorn, the USA’s purpose would be well close to being finished.

I know many Astrologers use July 4, 1776 for the USA chart. I don’t because, to me, those were labor pains for the birthing of this nation and this did not actually become a nation until the Constitution was ratified by the 9th state (New Hampshire). It has been even later that the Constitution went into effect.

No country lives forever. Countries rise and fall and that has been the way it has been throughout history. To me, the USA is no different. Once the purpose is fulfilled, there is no reason for the nation to remain the Superpower it has become.

I told people this change was coming and i was laughed at and scorned. I don’t think people are laughing so hard right now.

I plan to write books on this with more details on these changes, so will stop here, other than to say, all is how it should be considering unfulfilled possibilities, etc.
Posted by Lee masters at 10:19 AM No comments:

Timing is what Astrology is all about.

We could go back a few months and see all the stellium in Capricorn that brought the Coronavirus. I remember how i was laughed at and scorned for saying what was coming. Even i have feelings and it hurt! But i was right, so that helps a bit, even though i am terribly sad about the lives lost and the suffering.

I feel the same way about the riots and destruction, but all that shows up with the huge Gemini stellium. Note the Moon’s north node now in Gemini and it will move backwards thru the system thus we have had an outpouring of emotions. There is a lot more going on! 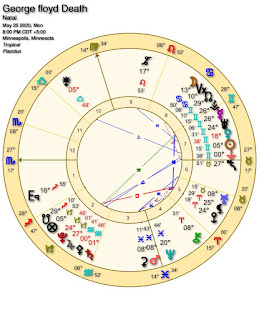 Posted by Lee masters at 9:24 AM No comments: